Still sore from my 16 miles at the weekend I decided to up my training pace a bit and take some of the team out walking. Adam was the only person available on Monday evening, so we set off for Skidby, near Summit Media’s North Yorkshire offices and walked a circular 6 miles via Risby. 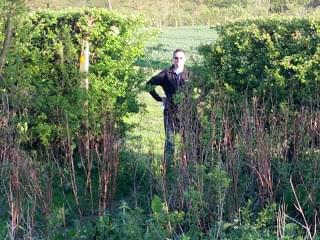 Risby has the remains of earthworks that were part of a formal garden for a manor house. They must have been very impressive when they were still maintained. I didn’t get a picture, so I will give you one of Adam, later in the walk instead.

Adam had some pretty good walking stories, including trips to Kilimanjaro and Everest Base Camp. We took a bit more than 2 hours to finish the walk, mostly due to my aches and pains. We also discovered that I have some rather optimistic estimates of distance and time. Asking if we were half way round around the 2 mile point. Fortunately Adam had the map.

Adam, despite being an experienced walker, recently had a brush with an enraged bovine, so here is Adam, cow dodging. Polé Polé Adam. 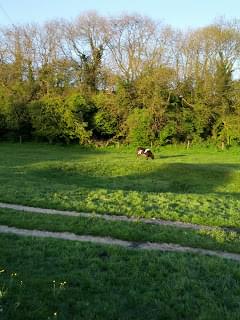 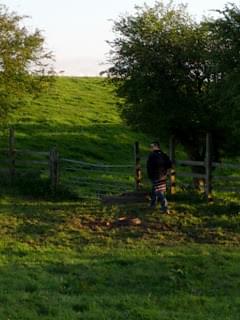