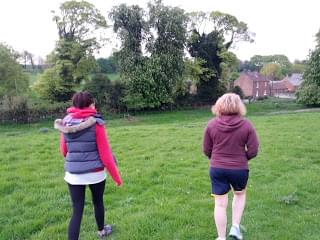 Today was another light evening walk, although it was a little grey and the forecast was showers, I convinced Georgie and Amy to do some team training. We got off to a good start, with me stepping in a hole and falling over, failing to notice I had dropped my bottle of drink in the process and Amy forgetting walking kit and going in gym kit. We were walking from Skidby to Eppleworth and back in a circular rout that meant a fair bit of time on a road, which was not very pleasant, with some very fast traffic and rough verges. As runners, Amy and Georgie found my pace a little slow going, but they stuck with me. I did run down that hill though.

Confidence in Captain Jim took a bit of a blow when I missed a sign and walked us on for about 1/2 a mile in the wrong direction. The golf course should have been a bit of a giveaway. Apparently it is the little flag on the map. After a wrong turn at the golf course, where Amy was right about directions again, it was a straight forward route. 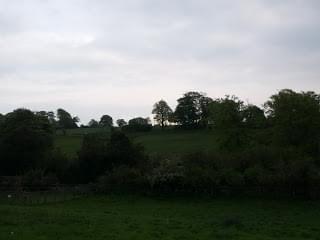 There was a bit of woodland and some wild garlic, which smelled lovely, as well and some wonderful scenery. There were plenty of bunnies about as well, they were a little too quick for my camera though.

I stopped to check my compass where a couple of paths crossed, Amy was spot on again, but we were quite close to the finish at this point and I did not think that another detour would be appreciated. 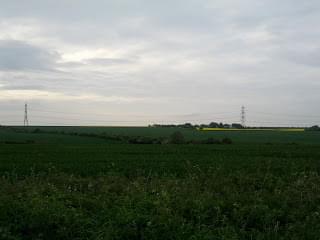 We decided to cut the route a little short. The total distance walked would still be the 6 miles we were aiming for, but the rout we took cut back uphill towards Skidby Mill rather than passing through Skidby itself.

The walk took just about 2h and it was easy going. There were a few patches of mud and nettles to skirt around, but nothing that held us up very much. The ladies thought it might make a decent running route and to prove their point a running group overtook us just near the finish. 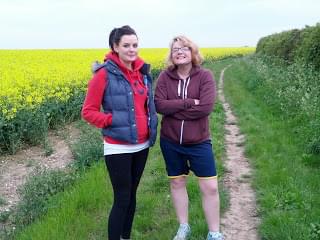 We still need to raise sponsorship, so please donate to team summitPLOD & Action Medical Research and thank you for your support.